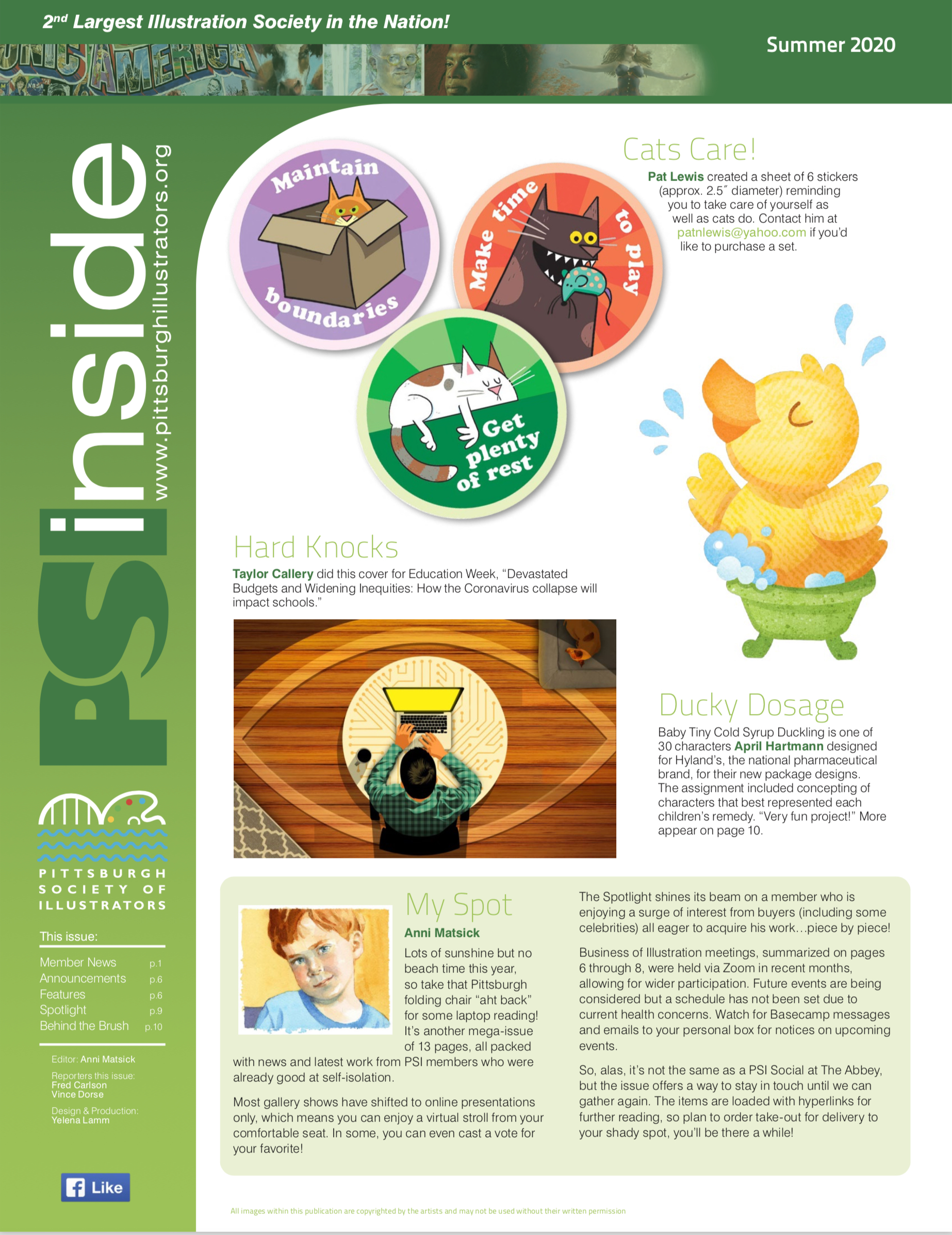 Anni Matsick was born in Pittsburgh, and earned a BFA degree in Painting from Carnegie Mellon University. Her home/studio is in Boalsburg. She has over 30 years of experience as a freelancer illustrating for major publishers of trade, periodical, and educational materials for children. She holds 3 Highlights for Children magazine Pewter Plate Awards for best of issue and best of year and is widely known for having illustrated their popular Goofus & Gallant feature for 9 years, ending in 2005.

Current picture book titles are the multi-award winning Dinosaurs Living in My Hair! by Jayne Rose-Vallee, and The Boy Who Opened Our Eyes by Elaine Sussman (Lightswitch Press). Recently she illustrated readers for Brattle Publishing’s project, Read Liberia. She is represented in the children's market by Merial Cornell, Cornell & Company.

Anni's paintings have been juried into many shows and won numerous awards; most recently Best of Show in Harrisburg Art Association's Figuratively Speaking 2020, and 2nd place in Pittsburgh Watercolor Society's Aqueous 2019. Two of her paintings appear in Splash 19: The Illusion of Light / Best of Watercolor from North Light Books.

Girl With Pink Ribbon was included in Pennsylvania Art of the State 2018, on display at the State Museum in Harrisburg, and Stripes was accepted for the 2020 exhibit September 13 - January 3, 2021. Andrew Carnegie as Bobbin Boy and New Colors Go ‘Round were part of the juried 20th Anniversary Exhibition of the Pittsburgh Society of Illustrators, Art of Facts / Uncovering Pittsburgh Stories, held in 2017 - 2018 for 9 months at the Smithsonian-affiliated John Heinz History Center.

Red was included in the tightly juried Collected Works of PSI exhibit at the Stifel Center for the Arts in Wheeling, WV in fall of 2019. The show included 50 pieces by 38 members.

As a volunteer, the artist has been Editor of the Pittsburgh Society of Illustrators newsletter, PSInside, since 2008. For the past 16 years she has served as Rules & Jurying Chair for Central Pennsylvania Festival of the Arts, and Chair for the Art Alliance of Central Pennsylvania's popular Recycled Show.

More artwork can be seen on her website at: www.annimatsick.com